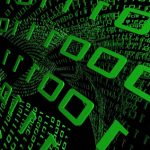 This article will be rather short in comparison with the others in the mini-series about various Ethernet/IP testing methods but it is one that is necessary as Bit Error Tests have a long tradition in telco environment (circuit based networks) but are still quite valid even in nowadays packet networks – at least for some specific cases. So without further delay let start with some theory behind the testing and some practical use followed by some use cases and best practices.

As you can guess from the name this test is really to test physical layer traffic for any anomalies. This is a result from the test origins where T1/E1 circuits have been tested and each bit in each time-slot mattered as the providers were using those up to the limit as bandwidth was scarce. Also as most of the data being transferred were voice calls any pattern alterations had quite serious implications on the quality of service. This also led to the (in)famous reliability of five nines or the 99.999% which basically states that the link/device must be available 99.999% throughout a specified SLA period (normally a month or a year). One must remember that redundancy was rather rare so the requirements for hardware reliability was really high. But by the move away from the circuit-based TDM networks towards the packet-based IP networks the requirements changed. The bandwidth is now in abundance in most places and the wide deployment of advanced Ethernet and IP feature rich devices provides with plenty options for redundancy and QoS with packet-switched voice traffic on rise – one would think it is not really necessary to consider BERT as something one should use as test method but that would be huge mistake.

There are few considerations that can make BERT an interesting choice. I will list some I think are the most interesting.

On Ethernet network you cannot run a simple L1 test unless you test just a piece of cable or potentially a hub as all other devices would require some address processing. This makes the test being different on Ethernet network from unframed E1 as unlike on E1 we need to set framing to Ethernet with the source and destination  defined on the tester. Also as Ethernet must be looped on a logical level it is not possible to use simple RJ45 with pair of wires going from TX to RX as you could with E1 and either hardware or software loopback reflector is required. Most tester will actually allow you to specify even layer 3 and 4 for IP addresses and UDP ports. The reason is usually so the management traffic between tester and loopbacks can use this channel for internal communication.

As this test originates from the telco industry some interesting options are usually presented on the testers. The stream can generate these patterns:

The thing to remember is that PRBS will be applied to the payload of the frame/packet/datagram so it there is any sort of optimization present it will have no effect as PRBS is by design not compressible. There are various “strengths” of the pseudo-random pattern the higher the number the less repeating it will include. Normally it is possible to see two main variants: 2^15 which is  32,767 bits long and 2^23 which 8,388,607 bits long. Obviously the longer the pattern the better and more “random” behavior it emulates.

As this test originated in telco world injecting errors was a major thing but in Ethernet network it lost its importance. If you inject even a single bit error in an Ethernet frame the CRC should be incorrect and the whole frame should be dropped on first L2 equipment it will be passed through which should always result in alarm LoF(Loss of Frame)/LoP (Loss of Pattern).

Use cases, Best Practices and Conclusion

The most common use case for BERT in nowadays network would be in commissioning new links as you can run a fairly simple test for a long time that will give you a reasonable idea bout it’s quality in terms of frames drops and jitter.

The few recommendations about how to run this test would be as follows:

So as you can see BERT is rather simple and straight forward test that even though is in many ways deprecated by RFC2544 and others (like Y.156sam) it is still a very good test to know especially if you are in jitter sensitive environment e.g. where VoIP and IPTV is deployed.