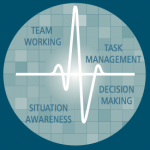 This Article will be bit unusual for this blog as it is not about any technology but it is about my experience with interview process. I had the opportunity of experiencing it from both sides many times and quite intensively during the last year or so. And I made quite a few observations that I think are worth sharing.

The first thing that starts the whole process once the need for new engineer arises is the advert. From hiring perspective the first thing is to do is summarize the whos, whats and hows.

In this process it seem that most companies go for the sometimes extremely long list of requirements that are often contradictory, extremely broad or vague. This just cannot attract the right candidate as most people specialize from year 3 or 4 of their career. If they stay on the same track. Don’t take me wrong there are some people who have experiences with a very wide range of technologies but that there is always trade-off in the knowledge depth and retention.

The other issue with the long list of requirements is that it usually includes a lot of wishful thinking as in a combination of skills that are very rare or unlikely. This  deters a lot of candidates and results in a situation which I nicknamed “search for the unicorn” a.k.a a never ending quest to find the one right candidate that might not even exist.

The advert usually continues with some brief and vague description of what will be the job’s actual responsibilities following up with some sort of summary of offered benefits. The benefits are quite a sticking point for me. In quite a few cases companies think that listing minimal legally required entitlements are benefits.

The last and ultimate part is where the advertising company claims to offer a “market rate” or better “competitive salary”. This severely hinders the candidate ‘s chance to actually make any assumptions about the seniority required for the job.

From this type of advertisement it is incredibly difficult to decode the truth about role and as well as to distinguish one job from another.

As a candidate I always preferred jobs that were written in a short and concise manner which contained the following information:

In short your advert should be short, to the point and with relevant information in it. The golden rule is that if the text is more than one A4 page long the advertiser doesn’t know what they want or are unable to communicate efficiently which are red flags in my books.

There have been written thousands of pages about how the CV should look like and what you should avoid so I will keep this brief. I will just say that the CV should always be brief – ideally no more than 2 pages long. Do not list irrelevant/odd things like minor languages or your that you coach team in small football league. Do not attach files inside the document. Do no use colors and pictures – especially not for background.  the ideal format is black and white PDF so you can be sure it will print exactly the way you’ve sent it and it won’t get blocked by some antivirus etc.

In my experience if your CV stands out for the above mentioned reasons it will be discarded without second thought. Think about the person reading it – on average some line manager with no time on their hands. They want a quick summary of your skills on the front page so they can quickly find out if checks all the boxes. The moment it does they will start reading through more carefully. If it doesn’t it is the end of the process.

In my experience this is the weakest part of the whole recruitment experience. There is usually very vague process in place inside the hiring company but from the candidate perspective you’re usually kept in dark until you speak to someone whoa actually knows what’s happening. This is usually second phone interview which I find is very late as a lot of time and effort had been already spent from both ends. The good example of a clear (though quite inefficient) approach is the one Amazon has – it has all steps published including expected time frames for replies etc. This brings a lot of clarity and avoids situations where the candidate will take another job as he didn’t know the process is still ongoing and the company being locked in never-ending hiring circle. I have seen cases when candidate was contacted months after the interview or was left hanging with the usual “we will let you know about the results” never to hear from the company again. And the most incredible automated e-mails saying to successful candidates that they were rejected.

The visibility and clarity of the process gives both sides a good level of understanding and manages the expectations. The lack of there of leads to misunderstandings and loss of the trust between the parties resulting in lost opportunities on both sides.

The first impressions are the most important one that is what every candidate will know but this works both ways. But for some reason companies do not tend to take this very seriously. The first point of contact is usually over the phone with a junior HR person. In my current experience this is usually total waste of everybody’s time as they are generally uninformed and have no idea about the topics every candidate wants to talk about with them. Quite often they go through a formal set of question usually based around the company values.  This usually adds nothing of interest  as most candidates have seen these and similar questions many times before and can give stock answers. In some cases the interviewers are even giving a technical test to filter out candidates with zero understanding of what those questions actually mean which might come across as amateurish or even offensive.

The one thing to consider while setting up the interview is the way it will be conducted. Is it a phone interview – then shorter and less complex questions should definitely preferred. Is it an on-line exam or webex ? Then more complex questions are totally acceptable. Is it a face to face – great opportunity for scenarios and following discussion. Is it a lab – you can set up nice and complex situation and see how people would deal with it.

I am a strong supporter of the last one – the practice labs. As each discussion can be spun and unconscious bias can influence the decisions. Also in the current environment where tools like VIRL, GNS3 and EVE-NG are available the old argument of physical kit limitations/cost are now a moot point.

In face to face interview it is great to talk about some scenarios – my favorite one is this seemingly simple question:

This is extremely deceitful question as it looks so simple but you can actually go deeper with each answer and from simple discussion about IP/ARP and gateways you can end up with routing, protocols, DNS, anycasting, geo-location, peering or maybe DC design.

There is couple points that I think are helpful:

The main issue I saw with technical interviews is that there was no clear cut of what is acceptable result and what is not and people going with they gut feeling which quite often backfires as some people interview really well.

The other mistake that is quite common is that if there is a multi-level gated testing then allowing someone to bypass the gate always only results in disappointment and is setting wrong expectations.

It is easy to get yourself trapped and entangled in the more conversational topics e.g. about the past projects. To avoid this it is good when both sides stick to the STAR method to keep the conversation on track. So what does it stand for:

In my opinion this is very efficient way how to describe almost anything. And I would highly recommend using this as a bit of a compass during the talking session.

It is really important not to get out of sight the fact that recruitment/job hunting is a 2 way road and it really should be a win/win scenario.

One of the biggest mistakes I see commonly made is to try to skim the candidate’s salary. What good it is that the company saved some small money on the salary if the new colleague will know he’s underplayed? What sort of morale will that bring and what will be the productivity of such person? Also the cost of the hiring process in time and effort is not exactly negligible and if the newly hired person will leave soon, because they got a better offer, you just ended up loosing a lot of resources for no gain.

Do not oversell the position/Do not undersell your experience – this is very difficult one as perception of one’s skill or even the position inside the company is very individual but playing things in open and straight manner from both sides leads to best results. Overselling leads to high expectations which when unfulfilled leave a lot of space for resentment and eventually with the person leaving.

Make sure that the expectations are set and managed correctly from beginning till the end of the process. This is often a key issue as the candidates are unaware of most internal structure and can easily assume completely incorrect perception of the role. As a candidate you really use the question time to clear this out and do not assume anything so you can avoid nasty surprises. A typical example is hiring for a team using a skilled person from different team as the candidate logically assumes that the interviewer is somehow related to the role/team he is applying for.

As a last thing I would mention is the proportionality of the process to the level of the position advertised. Lately I have seen the gradual move away from  simple 2 or maybe sometimes 3 stage process to a more-than-a-month  never ending interview cycle with 4 or more rounds for a basic L2 support roles. The process is now really heavy on HR side making it a horrible pain for all involved and bringing negligible value.

The hiring process is quite exhausting from both ends but I think in most cases it could be much simpler and easier for everyone. I strongly believe that the trick is to be open about the job and effectively and directly communicate with the right people without unnecessary red tape. Also most companies need to start undergoing a paradigm shift from being thin the position of power with the “take it or leave it” attitude to an understanding that work is a mutual agreement in which the parties should be on a more equal footing. The good news is that it seems that at least some companies were already forced to change in this direction due to lack of skilled people so maybe the future might be brighter than it seems.